Thai vegetarian festival is celebrated throughout the country by the Thai Chinese during the month of October every year. Although it is a vegetarian festival in entire country but the festivities are at their height in Phuket, where it attracts crowds of spectators because of many of the unusual piercings and religious rituals that are performed.

The city, which has a many ethnic Chinese population, is thought to have started the annual festival in honour of Taoist gods around 200 years ago.

On Monday thousands of white-clad believers filled the streets of Phuket Town to seek blessings from participants, who are thought to cleanse the sins of the entire community through their devotion.

"The devotees receive the pain on behalf of the people. They get rid of any bad luck for all of the followers," Teeravut Sritularak, chief of local Jui Tui shrine, told AFP. 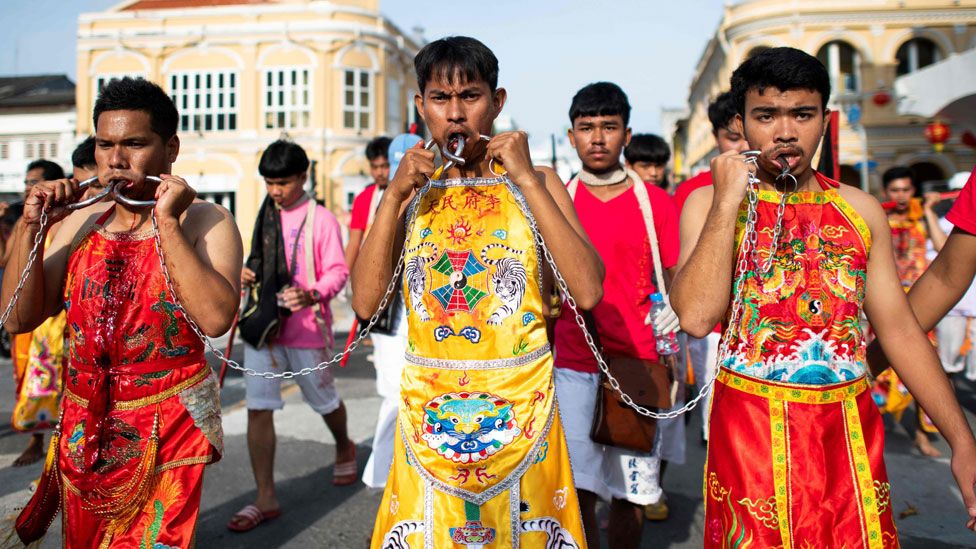 "I don't feel any pain and it doesn't hurt at all" said one devotees. Once the spirits/gods have arrived you don't feel anything," who like other participants, believes he is possessed by spirits/gods and imbued with special powers during the rites. 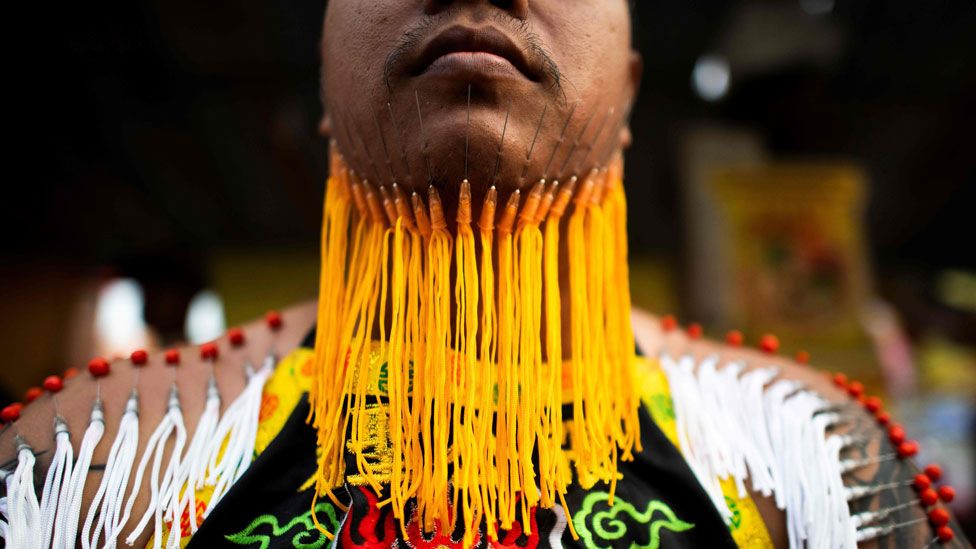