Piercings Festivals Around the World

Body piercing is a ancient practice is using needle or other sharp objects to pierce the body, for a general purpose of wearing jewelry, marking body as decoration/art and for a cult or spiritual purposes. There a many piercings festivals around the world in which the body are pierced for ritual or spiritual purposes, which was practiced for example by ancient Mayans, American North Indians, Africans, Indians, Chinese and many other aborigines/native people around Asia Pacific nations.

A cultural practice and way of life for many world societies body piercing is anything it has an interesting history that goes back thousands of years and has touched nearly every cultures on the planet.

Here are some interesting examples piercings festivals around the world including:

1. Native American cultures, piercing has long been an important element of religious ceremonies, such as the Sun Dance ceremony. During the Crow Nation’s Sun Ceremony rites, piercings were performed as a method for inspiring powerful visions.

2. Thaipusam Festival of Southern India, Sri Lanka, Malaysia and Singapore is celebrated every year on the 10th day of February,  where devotees participate in body piercing as a spiritual and religious event. 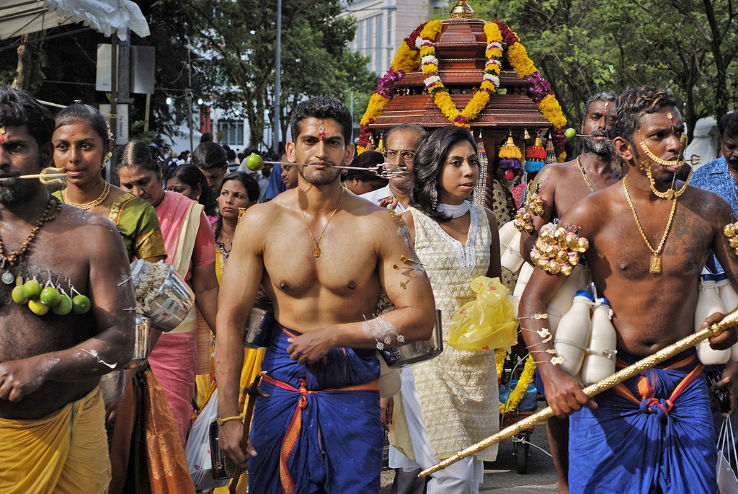 3. In Nepal Brahmin and Chhetri people have a practice of nose piercing that goes back to the 10th century, a sign of prosperity and innocence for all female tribe members.

4. Phuket, Thailand where local Chinese celebrate annual nine day vegetarian festival on 8 October. Devotees will perform ritualized mutilation upon themselves and one another while under a trance-like state, including but not limited to: impaling through cheeks, arms, face, legs, back etc., with everything from as small as syringes to as large as is agreed upon between all members; partial skinning (the skin is not removed, just cut and flipped over); slashing of limbs, chest, stomach and especially tongue with swords, axes and knives and etc.